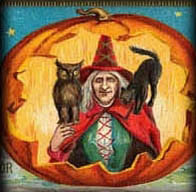 A Song of Grief-By Debbi Decker

The dog howled. It was a continuous howling, over and over. Plaintive, shrill, and at times quite eerie. I sat down at the table with my grandmother. “How in the world can you stand it? How long has this been going on?” Gramma just shook her head. “The howling started when your grandfather died. It has not stopped since.”

Gramma was in one of her more lucid moments so I knew that she was telling me the truth. Sometimes, it was hard to know what Gramma knew or what she would talk about at any given moment. But to hear this from her set me back a bit. It had been two days since Gramps had died.
“You know your grandfather hated that dog”, she said, shaking her head again. “He never would let it come around, would chase it off with a yell if the dog so much as stepped foot in the yard. But that dog, he did not seem to care. He still came around every single day. Sometimes it gave me a chuckle to see how your grandfather would fret about it. I never understood why he didn’t like that dog. You know he raised dogs most of his life. I just don’t know.”

The dog in question was my aunt’s dog, a black and white English Sheep Dog, one that we all thought was not quite right in the head for a dog. He lived down the street, almost two blocks away. Those howls were loud, and sounded like he was just outside the door. I wondered if I should go down to my aunt’s house and see if I could get him to stop. No, it was time to go to the funeral. The dog would have to wait.

Coming back to my grandmother’s house after the funeral and burial, the silence was almost deafening. No howling. No sounds at all. I helped my grandmother get settled, got some food in her, and chatted for a bit with her and other family members and friends that stopped by.

Later on that evening, while I was walking over to my aunt’s house, one of the neighbors stepped out to say hello, and ask after my grandmother. After expressing her condolence, she asked “Did you hear that dog? My word! That dog just howled and howled. We thought he would never stop.” I had completely forgotten about the dog and its strange behavior. “So, when did he stop?” I asked. She thought for a moment, then she said “I can’t rightly tell for sure but it was around 3:00 this afternoon”.

The impact of her words caused me to step back and gasp. Around 3:00 was when my grandfather was being buried. I could not quite wrap my head around it then.

But, over the years, I have experienced other such behavior with animals, and I have come to believe that animals can sense things and know things that humans cannot. You think to yourself that you need to feed the cat. And then watch the cat wander over to its food bowl just after you had that thought, even though you have not moved yet. A dog looks into the air and barks and whines. Or a cat suddenly hisses at a corner and runs from the room. You investigate, but find nothing out of the ordinary. It’s obvious that something spooked them, but what it was you cannot tell. Did they see or hear something that you cannot see? Are animals capable of reading minds, seeing ghosts, or hearing voices that you cannot hear? I believe that they can and they do.

Gramps may have hated that dog for whatever his reasons, but that dog did not care. That dog loved my grandfather, knew the moment that he died, and the moment that he was buried. I now think of those howls as the dog’s song of grief, his only way of letting us know that he too was sad and felt the loss of someone he loved.