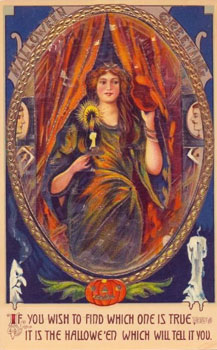 Then and Now: A Personal Journey Into the Spirit World-By Robyn Madison

Then and Now: A Personal Journey Into the Spirit World

When I was in my thirties (I’m only 39 now and have been for twenty years!), I felt a need for some spiritual exploration. I knew the traditional organized religion of my mid-western youth was not a place I wanted to return to. It no longer encompassed my broadening observations of human existence.

I had long thought that there are abilities we as humans can access, and guidance we can obtain if we will only seek it out. These things were and still are generally categorized as extra-sensory or paranormal. It happens that I believe extra-sensory abilities are a human birthright that can be developed even if they are not switched on, i.e. already in the forefront of our consciousness, as they clearly are with some people.

I chose the format of psychic channeling as what I wanted explore and hopefully, develop. Of course that desire did not just come out of thin air. As with many things in life, a number of circumstances coalesced to point me in that direction. A psychic channel is quite literally a conduit through which information from other planes of existence pass kind of like a radio. Channeling is synonymous to some with being a medium, but I think of it as distinguished from mediumship in that the spirits being contacted and speaking through the channel are ones who may never have lived on the earth plane in human form (some call them higher beings, beings of light, angels, etc.) Those that a psychic medium receives most often are people who have passed on. But in truth all forms of psychic experiences are kind of layered upon one another, so it’s not always easy to separate the various forms out.

I began by practicing alone, as regularly as possible, getting into a meditative state. Then as meditation became more natural to me and seemingly deeper, I began to ask for help from spirit guides connected to me. I worked at “hearing” the information that seemed to be coming to me from outside myself. It was often frustrating sorting through my own mental chatter. But eventually the words and images I was receiving would, at times, have a sort of “ping” to them when they felt genuine.

It certainly was not easy. I’m not what I think of as a “natural” psychic – that is, one for which the psychic card is already turned face up or even unavoidable. But it was satisfying to feel that it was, at the very least, possible for me to experience something that did not seem like it just came from inside my own head.

After a long while, it came time for me to actually speak out loud what I was “hearing” to someone else. Again, circumstances coalesced to bring me a friend who wanted to explore this phenomena along with me. My close friend and I sat down together regularly once a week or more to see what would happen when I would connect to my guide(s) and she would ask questions to be answered through me. It was quite successful at times, although in the moment it was hard to know if the information I was bringing through was accurate. Sometimes the information seemed pretty off the wall. Naturally, any psychic work is in part colored by the individual’s beliefs, thought processes, life experiences, etc., so it was often hard to parse out the more pure information. Oh, those times when what came out of my mouth was actually enlightening – those became the moments to live for.

My friend and I persisted for over a year, during which time I learned more about the channeling experience. We were sometimes joined by other eager, curious friends and acquaintances. The spirit guides I sensed changed from time to time, one receding while another new one came forward. I also delved into related psychic areas like exploring past lives, conscious dreaming and straight clairvoyance, and formed connections with newer friends who introduced me to other areas of thought on matters spiritual.

The gestalt of my experience was very real to me, though there were always some bits that felt more real than others. People wanted me to channel/give readings for them, sometimes to a degree that made me feel I was being used (flipside of that: made me feel “special”.) Doubt was a constant nag, yet it was too compelling to quit even when others in my life thought I had definitely slipped off my cracker. In retrospect, there was most assuredly an element of spiritual or psychic thrill-seeking, which can take one to unwanted, negative places. Every book you read or spiritual teacher will tell you this, and believe me, it is true!

Fast-forward to about ten years later, and these things that had seemed so important to me – even simple meditation – were no longer an active part of my life. Many life changes had occurred for me…I had moved to another state, gone into another profession, large parts of my life were in a shambles, there was both drama and new opportunity. I had come to believe that the previous exploration I had gone through, while significant to me in re-shaping my entire belief system, was now a thing of the past. I missed the “high” of the experiences I’d had, but felt that I had to concentrate on just living my life as best as I could. The high, the thrill, could not be sustained…things needed to be more in balance. I looked back on that earlier explorative time as a phase of my personal evolution, and tried to be content with that. Yet, people for whom I had given readings years before were still giving me feedback that information I had told them was startlingly accurate, even if it had taken some time to manifest. Because of that feedback and of how I had changed inside myself, I felt that I had proved that one’s extra-sensory abilities can be developed.

Now, even more years later, my view of spirit guides, of contacting and channeling that kind of energy, of clairaudience and clairvoyance (extra-sensory hearing and seeing,) has taken on a different perception yet again. As one cannot go back and have a “re-do” in life, I have to accept that my involvement in channeling was at times a bit desperate – not only that element of psychic thrill-seeking was at play – but there’s no doubt I was substituting it for missing chunks of my life. I don’t regret it; I do tend to go manically at things I am passionate about for a while, and then have to back off to regain my own balance. Other people still think I was a bit crazy then and/or now…I can only be philosophical about that part.

But these days I do have a quite different perspective about handling energies from other planes or realms – I still do firmly believe there are many layers of existence happening simultaneously – but care must be taken if you choose to experiment with such energies in any form. I would never suggest that someone follow a path similar to mine, going at it essentially alone without a good human mentor. (Leave it to me to do things the hard way!) The energies that can come through from other planes can be draining or even harmful to one’s own energy – and trickster spirits abound, mimicking higher beings very effectively (for a while), no matter how careful one thinks one is being in invoking protection. It’s just not something to take for granted in my view, not to mention an inherent responsibility to other people that one may be reading/channeling for.

I think that’s the main reason I wanted to chronicle my psychic adventures here, in hopes it might be helpful to someone somewhere. Although I have not gone into the specific incidences I experienced, if anything positive can be learned from my little story, I am glad of it. I would also be glad to hear about others’ psychic experiences, or discuss any comments or questions. You can email me here if you feel so inclined: halloweenmaddie@gmail.com. Blessings to all!